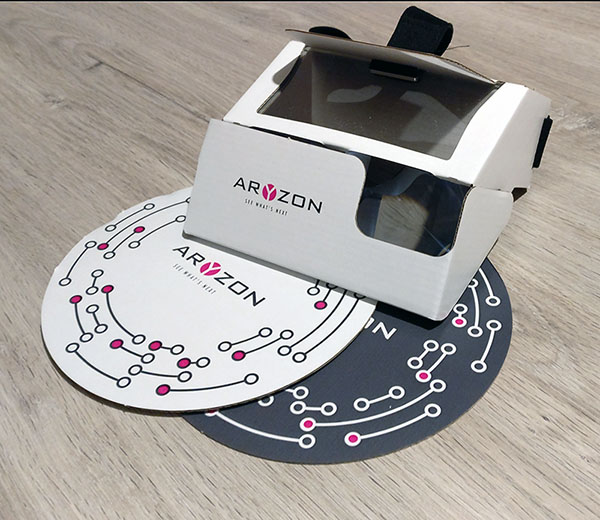 Today I received my Aryzon: a Dutch Kickstarter project, a nifty cardboard device which turns your smartphone into an augmented reality device. It is a bit like Google Cardboard: you put your phone in a cardboard construction with two stereoscopic lenses, and an app simulates a 3D view. Difference is, the Aryzon has a see-through mirror which lets you see through the glasses as well. It is not unlike the Microsoft Hololens.

The Aryzon comes in a letterbox format cardboard packaging. Nice and cheap for shipping, although prone to damaging. In the box are the Aryzon assembly kit, some peases of velcro and foam strips, building instructions and two cardboard targets which you use in the app. Unfortunately one of my targets arrived a bit damaged.

The building instructions are a bit unclear, but the app helps with short clips of the build process. Somehow my Aryzon is mirrored from the instructions, which took a while before I saw that. After that, the construction was easy: you remove some protective film from the mirrors, stick some velcro and foam and fold it together following instructions.

The app is still very alpha. The look and feel is unfinished; all texts are not crisp and the kerning is off. Instructions on what to do are also missing on some points. The ones that are there are nicely animated though. Also, back-button behaviour is lacking. I hope some updates will make this a lot better. 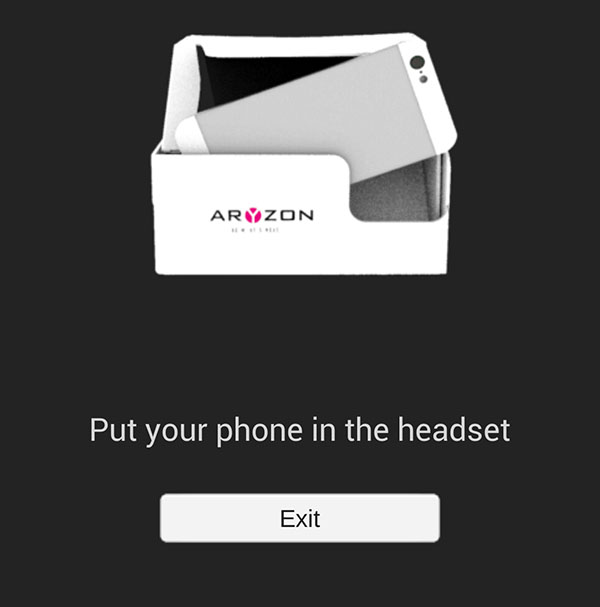 The games are pretty simple, but show promise to what developers can create. The 3D is done very well, and feels and looks better than the Google Cardboard. One thing that could be improved is the 3D world placement: I feel that the augmented objects are drawn way above the physical target. 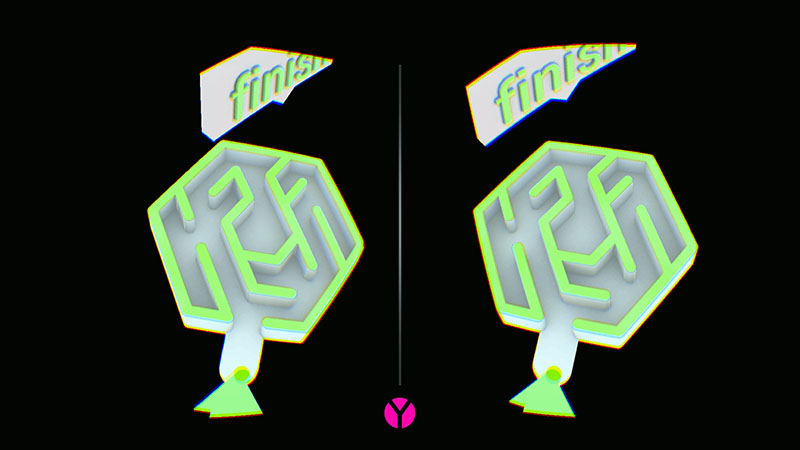 There are 4 demo games available.

Overall, the good thing is that the 3D looks very good. The in-game part of the app is quite responsive and feels direct. The app itself is bad and needs an overhaul in looks and user experience.